One way to measure poverty is to use the Statistics Canada Low Income Cut-off (LICO). The LICO identifies households who may be in “straitened circumstances” based on the percentage of income they pay for necessities compared to the general population. For a family of four the LICO is $38,544, for a single person it is $20,3861.

Using the Statistics Canada Low Income Cut-off, poverty rates for Hamilton have dropped to 16.7%, from 19.8% in 2000, but remain above provincial (13.7%) and national (12.8%) averages2. Poverty rates vary by neighbourhood group. Indigenous people, recent immigrants, many visible minorities, and lone mother families experience twice the rate of poverty as the general population.

A second way to measure poverty is Statistics Canada Low Income Measure (LIM), which captures the number of people with incomes below half the median income. For a family of four the after-tax LIM threshold is $44,266, for a single person it is $22,1333. 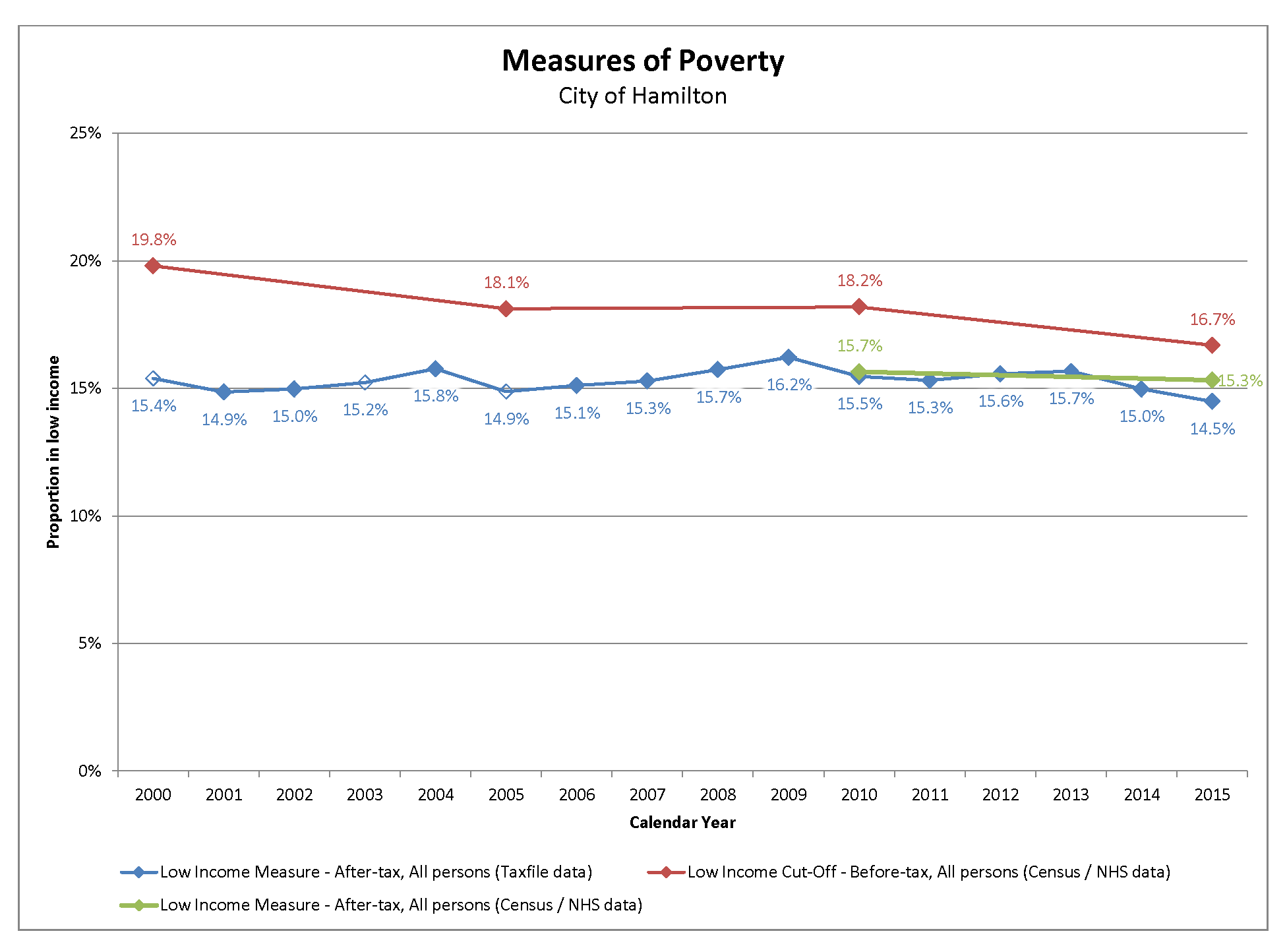 Similar to overall poverty rates, one way to measure child poverty is the before-tax Low Income Cut-off, defined above. For a family of four the LICO is $38,544, for a single person it is $20,3865.

The second way to capture child poverty is to use the after-tax Low Income Measure, which measures the percentage of children who live in families with incomes below 50% of the median income for households in Hamilton. For a family of four the after-tax LIM is $44,266, for a single person it is $22,1337. 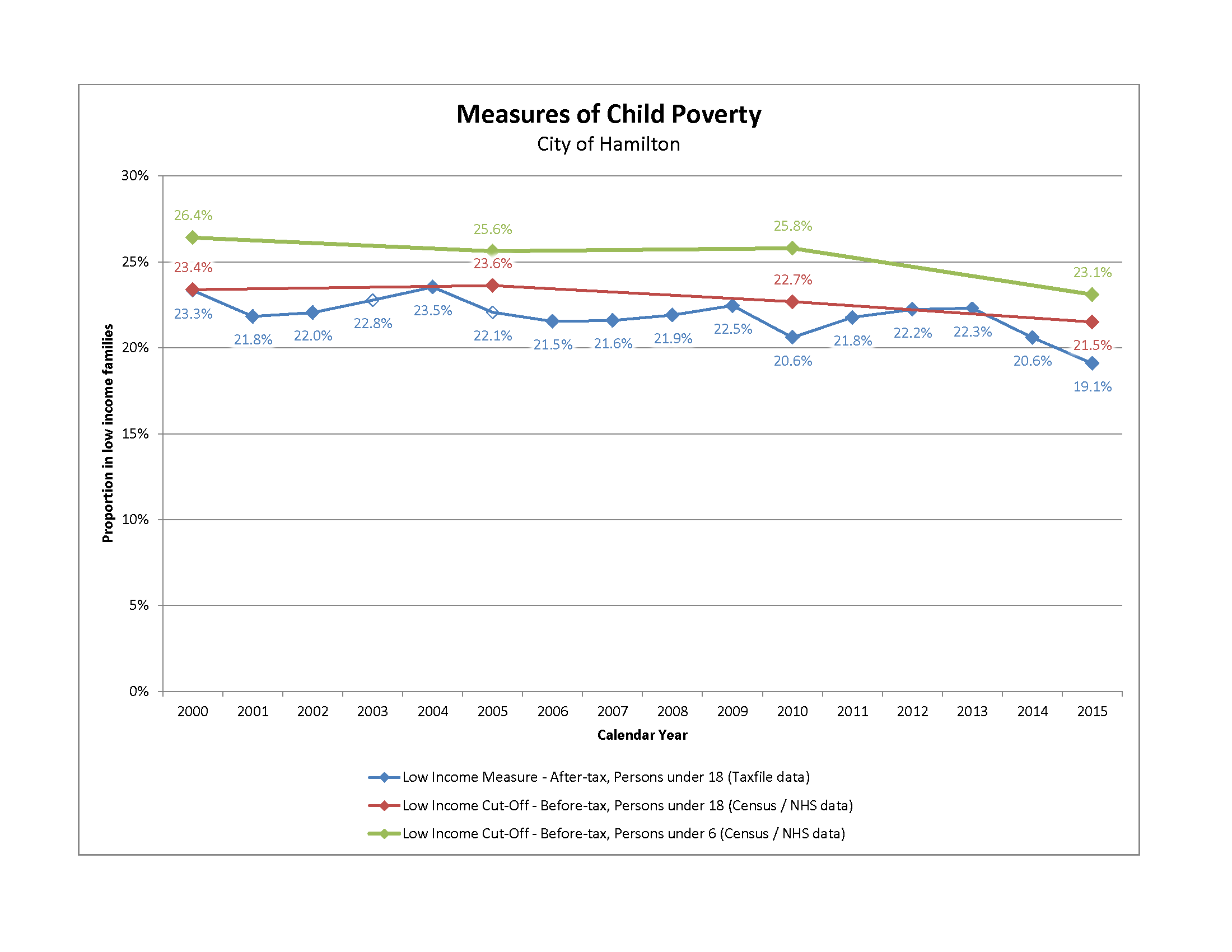 In some cases, people visit food banks because they cannot afford to buy enough food. Greater Hamilton Foodshare tracks food bank usage across Hamilton, and in 2017 reported that over 5,200 households used a food bank. These households included almost 8,000 adults and 4,600 children10.

The number of households receiving assistance from Ontario Works (Ontario’s social assistance program) in December 2017 was 12,441, and has been steady at that level for the past two years. It is down from the post-recession peak of over 14,200 in 2011, but remains higher than in 2007, when there were fewer than 10,000 households on the program11.

Some groups in our community experience higher rates of poverty than the general population. Drawing on 2016 census data for the Hamilton Census Metropolitan Area13, where the overall after-tax Low Income Measure was 13.0%, Vital Signs found higher rates for: